The first day of the new year did not bring peace to the Donbass. Chronicle of the ATO 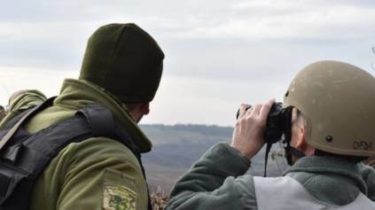 For Monday, January 1, in the area of ATO in the Donbas the militants continued to violate the armistice agreement, which was supposed to come back on 23 December and made five sighting shelling positions of the Ukrainian army. No one was injured or killed.

In Moscow, disappeared from Kiev-ATO – media

On Donetsk the direction of the greatest fire activity of fighters was observed on the sea of Azov. So, near Pavlopolya they used 120-mm and 82-mm mortars and infantry weapons. And different types of grenade launchers and small arms fired strongholds near Water. In Verkhnetoretsky released at the fortifications of the Ukrainian soldiers more than ten min caliber 82 mm and fired rocket-propelled grenades and small arms.