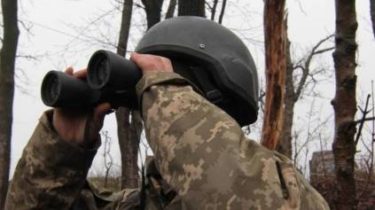 In the area of ATO in the Donbas , though it decreased the number of attacks of fighters, but the truce is still there. The leaders of the militants promised that it will come a week ago – 23 Dec. However, this has not happened yet.

“The Ukrainian side of the JCCC associates continued shelling positions of the Armed forces of Ukraine during the specified “Christmas” cease-fire, including from the weapon, zapresheno the Minsk agreements, the inability of leaders NWSF ORDO/ORLO to adhere to assumed any obligation and their interest in further aggravation of the armed conflict”, – said the press center of staff ATO.

At the same time, units of the Ukrainian army adhere to the Minsk agreements and ensure that all the measures for observance of the mode “silence” on all sides of the demarcation line in Eastern Ukraine, despite the provocations of Pro-Russian terrorist groups.

We will remind, for January 1, in the Donbass militants carried out five attacks.