The German foreign Minister to visit Ukraine: planned his trip to the separation line in the Donbass 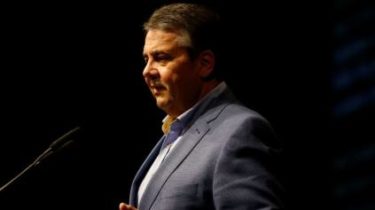 This reports the press service of the foreign Ministry of Ukraine.

It is noted that the head of the Ukrainian foreign Minister Pavlo Klimkin and Sigmar Gabriel made a joint visit to the Donbas near the frontline.

Dinner with Putin climbed sideways to the foreign Minister of Germany, demanded of him explanations

Also during the visit there will be negotiations of heads of foreign policy departments of Ukraine and Germany. In particular, the key issue of the talks will be the role of Germany, together with France, under the Norman format in countering Russian aggression.

“In this regard, the Ministers will discuss further joint steps aimed at the restoration of the territorial integrity and sovereignty of Ukraine and release Ukrainian political prisoners held in Russian prisons. Pavlo Klimkin and Sigmar Gabriel will also discuss issues of bilateral cooperation that is dynamic and fruitful. In particular, successfully implemented a joint initiative of the Ministers of foreign Affairs of Ukraine and Germany concerning languages”, – stated in the message.

In addition, during negotiations it is planned to sign bilateral Agreements on employment of family members of employees of diplomatic missions and consular offices.