“Ukrpochta” has changed the tariffs for sending letters and parcels 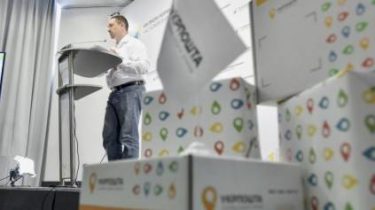 From 1 January 2018 “Ukrposhta” has increased the cost of their services an average of 16%. In particular, the forwarding of mail within the territory of Ukraine grew by 12.3%, abroad – by 43.2%.

These figures previously led the national Commission, carrying out state regulation in the sphere of communications and Informatization, which approved new maximum tariffs for universal postal services.

At the same time “Ukrpochta” has said that it “simplifies and lowers rates for universal services for the main types of shipments”. In practice, it looks like. Send letters or postcards up to 20 grams cost 4 UAH, from 20 to 50 grams – 5 UAH. Since January 1 these two rates were combined in one and now need to buy a stamp for 5 UAH. “Ukrpochta” has assured that the increase will be 0%. In fact, letters have a weight of 20 grams and users of the services must now pay the hryvnia more. Such “arithmetic” “Ukrposhta” applied to other fares. At the same time, letters weighing 1 to 3 kg fell by half. 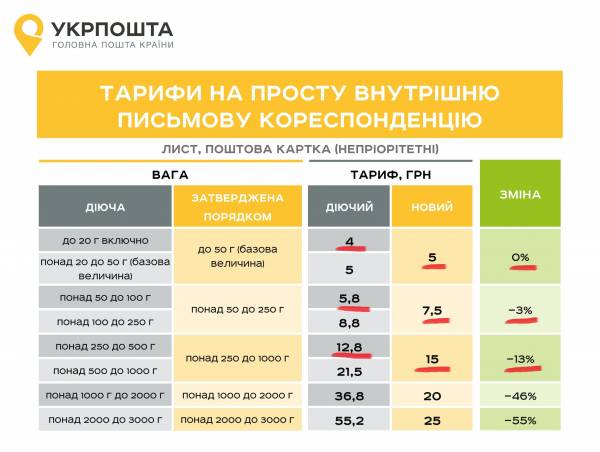 Increased tariffs for sending parcels weighing 1 to 3 kg in Ukraine, and from 4 to 10 kg cheaper.

“It was important for us to align distortions in tariffs. Therefore, we simplify and reducible to a single logic. So, the cost of sending parcels of 3 kg was uncompetitive and too big. After the changes the rates are the most affordable on the market of postal and logistics services in all weight categories. And update zoning for international shipments will give the opportunity to develop important customers key directions of forward,” said acting Director General “Ukrpochta” Igor Smelyansky. 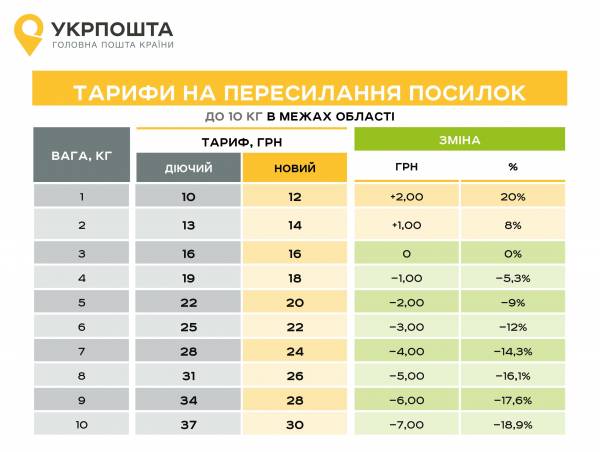 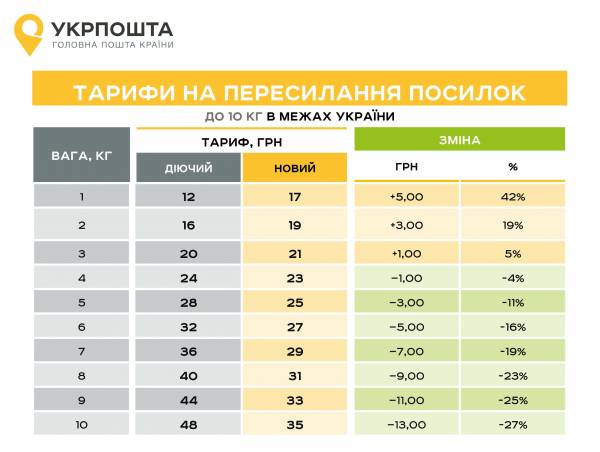 “Unfortunately, the media is spreading wrong information regarding the new tariffs for universal services. I want to reassure customers and to announce that the rising cost of international shipments by 43% (the data of the national Commission – ed.) does not occur, and in most groups the shipping rates even reduced. For example, the cheaper will be simple domestic letter post, parcels weighing more than 3 kg within the region and within Ukraine by reducing the fee for 1 kg. i.e. the larger the weight, the less will be paid by the client. For those who send international parcels weighing up to 10 kg, for example, in the United States, Australia, China, the rate also decreased in the most popular weight 6 to 10 kg”, – said the first Deputy General Director of “Ukrposhta” Alexander Pertsovsky.

The increase of the maximum tariffs for universal postal services for international shipping only applies to letters and parcels. 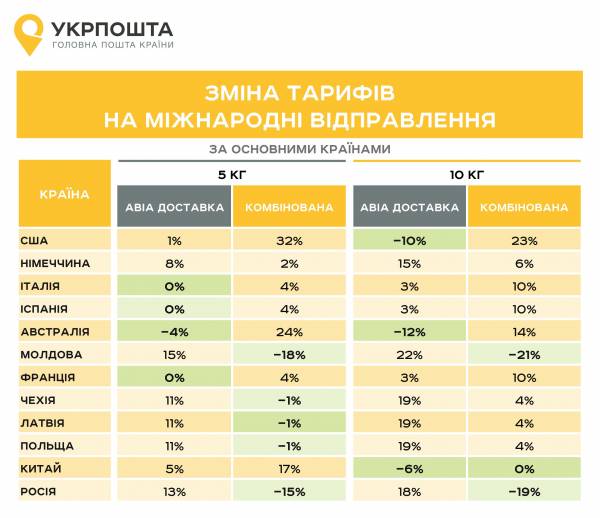