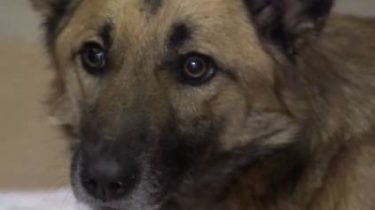 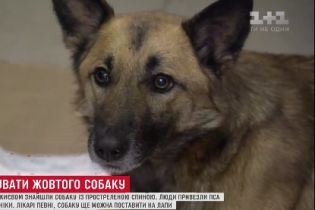 In the forest near Kiev found a bright yellow dog with a bullet back. Good people brought the dog to a veterinary clinic and already there fighting for his life, according to a story TSN.19.30.

Video settings forest near Kiev, rescued a dog shot in the back

Good people brought the dog to a veterinary clinic and already there fighting for his life. Poorest animal you can still put on my feet. 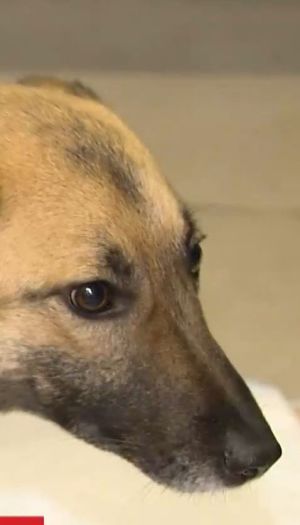 Natalia with her husband while walking in the woods stumbled upon a pack of dogs. They were lean, hungry, but not aggressive. They did not go to Natalia from the head. She began to come here all the time and gave the dogs names, Bagira, Tyson and the Bead.

Last weekend Natalie came back with a bag of food and Goodies. Favorite Bead was barely alive, he could not rise to his feet. Obviously, the dog became a living target for the people who come here to shoot for fun. Natalia decided to save him. The dog was taken to a veterinary clinic and x-ray saw that the Bead was indeed shot.

Bullying and harassment by dogs: the occupants will be transported from the Crimea four political prisoners

After a week the glass Bead was brought back to life thanks to the course of strong antibiotics and anti-inflammatory therapy. Now his life is not in danger, the tests are normal. But on his feet he was not up.

The verdict of the doctors after a more thorough examination in another clinic – the dog is likely to walk independently can not. The bullet, most likely fired from a pneumatic exploded inside his body, damaged three vertebrae and destroyed the spinal cord. Natalia was almost crying, because counting on the fact that the Bead will go.

The chief doctor of veterinary clinic Inna Macarena calm: “this dog has a chance to live an absolutely good life, but she, of course, need a guardian who will accompany her all the time.”

Natalia desperate. She can’t be a guardian, because it is not able to take the Bead home. The doctor, meanwhile, explains: if you start exercising with the dog now, you can teach her so-called “spinal walking.”

In Lviv, police rescued a dog that got hit and left for dead by the driver

So far, all necessary procedures will make Natalia: it will come to the clinic to the dog several times a day. Subsequently, he believes, will be people who will take the Bead home. And give him a chance to get back on my feet and be happy.