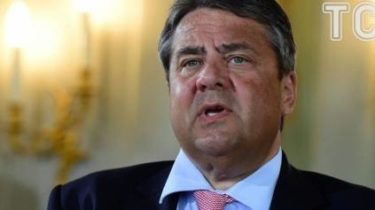 Weather conditions did not allow the Ministers of foreign Affairs of Germany and Ukraine to visit the demarcation line in the Donbas.

About this in his Twitter said the foreign Minister of Ukraine Pavlo Klimkin.

But the Ministers “productive” talked at the airport. A visit to the ATO zone is scheduled for January of this year.

We will remind, the Minister of foreign Affairs, Sigmar Gabriel, on a visit to Kiev. Prior to this, he stated that he does not believe the conflict in Donbas, frozen, as the number of attacks has not diminished. At the same time, he believes that providing weapons to Ukraine will not solve the conflict with Russia. In turn, Klimkin added that U.S. weapons will only be used for defensive purposes.

“We are talking about weapons of a defensive character. This weapon can and will be used in case of provocations from the Russian side and it supports terrorists and, as you know, it will not be used in offensive actions, so it cannot be used as an argument, which will contribute to the temperature rise of the conflict”, – said the Ukrainian Minister.