The new law in action. In Zaporozhye consumers counted thousand hryvnias for heat, which was not 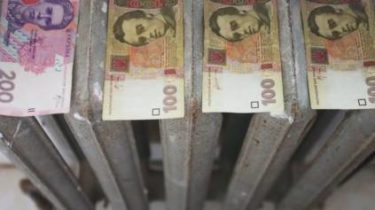 Heating system and city hall under siege. In Zaporozhye entrepreneurs protested, demanding the repeal bills for heat. Last month, I got bills from 4 to 15 thousand hryvnia – despite the fact that heating is not used at all.

The testimony of individual meters communal refuse to accept – say they will now charge you in their scheme. This is stated in the plot of TSN.19:30.

All business offices are located in residential buildings, installed individual meters. People say, the warmer weather didn’t even come to the radiators, but after the beginning of the heating season, they still put up a huge bill.

In the barbershop, businessman Dmitry, Smolenko the heater is on. Batteries while not in use. On the counter – the numbers that were at the end of last heating season. To switch to individual heating, and to decide when to turn on the radiators, the man has invested a lot of money in reconstruction. But the payment is not affected.

Over the past month, I got bills from 4 to 15 thousand hryvnias despite the fact that the heating was not enjoying at all. Impressions of individual meters communal refuse to accept, they say, will now charge you in their scheme. 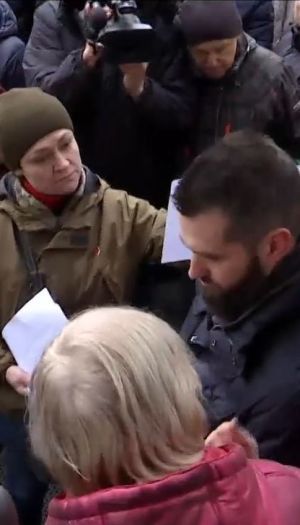 The utility argued that the insane numbers traders counted in accordance with the new law on commercial accounting of heat. There all calculations are based on indicators of common parts. Both the population and employers should pay for General quadrature of the premises. But in fact the law fully operational only in February – until then the Cabinet needs to complete the technique, which payments will accrue to entrepreneurs. In Zaporozhye authorities decided to get ahead of the officials.

“February 2, needs to be developed by this technique. But we understand that it is not always this technique, it is necessary…”, – says the head of KP “Urban heat networks” Alexander the Greek. People interrupted with laughter and applause.

From heating the crowd goes to the mayor. People demand to come to them by the mayor. After a heated discussion the mayor Vladimir Buryak still recognizes the decision of the Executive Committee of the accrual of the payment for heat is really inconsistent.

“I will suspend the effect of the decision, which was adopted. Regarding the allocation also will suspend, I will order”, – assured the mayor of Zaporozhye.

In the municipality promised to contact the Ministry for clarification. Entrepreneurs asked to disperse. Tires, eggs and Zelenka people do not leave. The foresight to take with them.