“The parade has turned into a funeral procession”. Turchinov commented on the loss to Putin in Syria 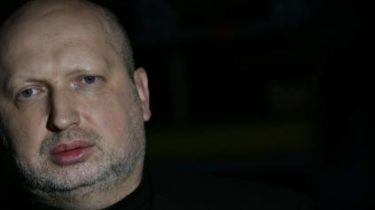 Putin’s propaganda “victory” of Russian troops in Syria turned into a shameful farce and a funeral procession.

This was stated by Secretary of national security Council and defense of Ukraine Oleksandr Turchynov, commenting on the shelling of the Russian military base in Syria and the heavy losses suffered by Russian troops.

“Putin’s propaganda statement of the victory of Russian troops in Syria, with which he began his fourth presidential election campaign turned into a shameful farce, and the military parade, which he took on Syrian soil, in a funeral procession,” said he.

According to Turchynov, the Russian government Mamimi was destroyed at least four bombers su-24, two su-35S, military transport aircraft An-72 and an ammunition dump.

“On the same day during a combat mission was destroyed by a Russian Mi-24 helicopters”, – he said, adding that the Russian General staff and defense Ministry did not manage to hide such large-scale losses.

We will remind, earlier the newspaper “Kommersant”, citing two military-diplomatic source reported that on December 31 radical Islamists fired mortars at the Russian air base in Syria Hamim. The publication announced the losses and said that the shelling can be called one of the most serious in the entire Russian operation in Syria, which began in late 2015.

Subsequently, the Russian defense Ministry confirmed the shelling of the Russian bases in Syria and the death of two military. However, “Kommersant” about the destruction of seven Russian military aircraft on the base Hamim called “fake”.