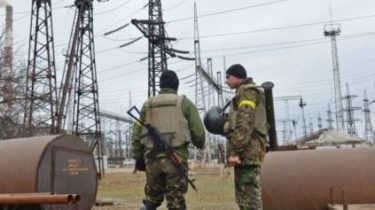 Half a day of silence on the front lines for the first time during the truce. The most peaceful region is now considered, in particular Mashinskoe, Stanichno-Lugansk direction. Although early in the war the enemy did not leave hopes to hold a strategic point – TES.

Happiness, the bridge through the Seversky Donets, it is for him in the Luhansk region passes the line of demarcation. Journalists TSN go just for the one position made for the river. Dear seen cchastinsky TES – fortified took over the bridge precisely to keep control over it, under other circumstances it would have been occupied by the enemy. This bridge is not just strategic – a way of life.It is easier to destroy the enemy take the most severe action

Nicholas Kobilnik at the front since the war started.

“During this time, the family expands to three sons, a daughter,” says the fighter.

Quiet now considered Lugansk region, in particular schast’ye, Stanichno-Lugansk direction. Although early in the war the enemy did not leave hopes to take a strategic point of TES. 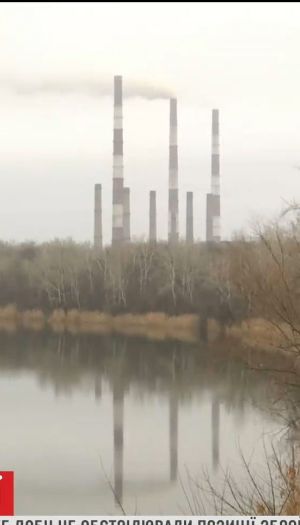 And the area that still remembers the summer of 2014, our army was closer to Lugansk, Lugansk with road and linked.

“It was a road on which the moving column, in particular the armed forces of our 80 teams, volunteer batallion, for the way a lot of our guys were killed,” – says the military.

In September, the armed forces retreated from the outskirts of Luhansk, but the bridge held. For a long time the enemy here leveled everything to the ground, hoping to seize power plants. But then still left those hopes. Now in this area has finally experienced relative peace.

Dmitri, in his time defended Cchastinsky TES when the enemy got to her. Now this alone is surprising.

“Peace and quiet some pressure. People need to keep in shape, because the enemy is crafty,” says Dmitry

Shows a piece of enemy of the tornado, there is visualized the way the combat units, the exhibit will now go to the Museum.

To no other casualties – on the front line in the Luhansk region Plast brought the Bethlehem Flame of Peace. In the Village Lugansk the sacred fire passed to the Marines.Candles lit at roadblocks, who want.

This tradition went even since 1986. The fire, which miraculously appears in Bethlehem during the Christmas holidays that scouts around the world carry about their countries. First, go for it in the vein, being careful not extinguished, now deliver to most advanced. And here is the next point to give the fighters in Happiness.

Fire is made by the commander says, wanted his soldiers, these celebrations met with their families at home, but have to protect their peace.

“I have hope that next New year will be with their wives, families, parents, and the country will have peace,” said the commander.