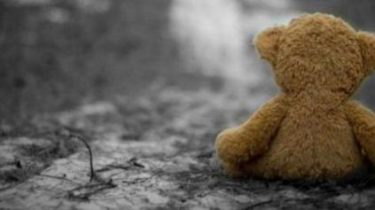 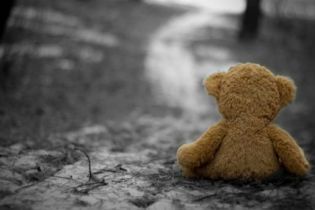 Passed baby on a 3-year storage. In the Kyiv region 22-year-old girl abused 9-month-old daughter – beat and almost did not feed. Finally on the eve of the new year decided to give the baby with a concussion and multiple fractures in his hands, and when she grows up – take, says the story TSN.19.30.

“When I saw the baby , I cried because I didn’t expect to see,” says the woman that helped to save the child.

Experienced psychologist and specialist rescue children Tatiana recalls new year’s eve. On the streets of the village Dymer in Kiev region, she noticed a young girl with a child.

The woman sat down near the fence with things, and in the hands of a child in polotenechko unseasonably trussed up. She said her husband kicked out of the house,” adds the woman.

Young mother stunned the woman with his offer.

“She documents came out – she was planning to give the child,” Toda Tatiana.

In a few minutes there appeared a man who called himself the father of a nine-month Marina. Tatiana offered to spouses with a baby to their home. When I went into the house could not believe my eyes.

“I was very surprised that she took the cold bottle of milk that was in her pack and began to give the child. The bottle was just ice. When I turned, the child was turning blue in the face, stick raised,” – says the psychologist.

22-year-old girl abused 9-month-old daughter. Were almost not fed. In the end, on the eve of the new year decided to give a toddler with multiple fractures in his hands, and in three years, when he grows up, to pick up. The reason for such aggression, and that will give you the mother of the child after 3 years, look in the material TSN. 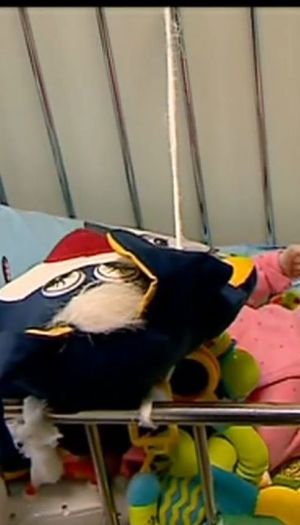 After seeing the woman called paramedics, police and the Commissioner for the rights of the child. TSN journalists also visited by 22-year-old Elena. The girl confirms that it is not repeatedly beaten daughter.

“This accident happened. I didn’t mean, in my mind, depression. It was hard for me, I couldn’t. I was beaten up, my mom drank vodka, uncle beat,” says the mother of the child

Emaciated and prostrate Marina was taken to Metropolitan hospital Center. It is now the doctors can’t get enough of. But the day before yesterday, saved her struggling.

Marina was put in plaster and fattened. Now her life is not in danger. A grief-mother is determined to regain the child, but not now.

“While she will be there, grow up. Of course I plan to take two or three years,” says the woman.

To do it after this she is unlikely, says Commissioner President for children’s rights Mykola Kuleba. Against women had already instituted criminal proceedings.

“She will not escape criminal punishment. Or deprived of parental rights. It will be seen in her behaviour,” adds Mykola Kuleba.

But the fate of the little Marina can decide not indifferent Ukrainians. If foster family not find, give the baby to the orphanage.