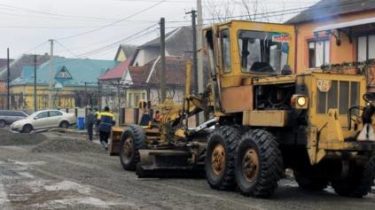 On the development of road infrastructure by the end of 2017 was sent 12,312 billion.

About it reports a press-service of the DFS.

iPhone Nokia “outside the law”: custom not allow brands purchased in the foreign Internet-stores – media

“The experiment relative to the direction of the road development funds received through the fulfillment of the customs of the DFS indicative indicators for the achievement of customs payments to the budget, and extended in 2018”, – reminded in a press-service.

Earlier, the head of the Ministry of Infrastructure Volodymyr Omelian announced that from 1 January starts the Road Fund, thereby avtoshou industry will receive state funding in the amount of 33 billion USD.

“For the first time avtoshou industry will receive guaranteed government funding. This year is almost 33 billion plus some additional funding for several key highways – more than 14 billion UAH”, – he said.