SAP and NAB has completed pre-trial proceedings against Martynenko 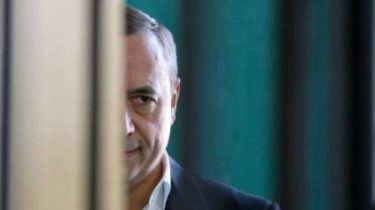 As reported by “Ukrainian news” the suspect’s lawyer Petro Boyko, the end of the investigation declared on 4 January and submitted the materials of the case the protection of the former MP. The entire case consisted of 200 volumes, but the lawyers promise not to delay the review.

As previously stated the lawyer of the former MP Igor Cherezov, the defense is confident that “all charges against Martynenko will fall apart in any court – because of lack of evidence”.

Earlier it was reported that a Specialized anti-corruption Prosecutor’s office presented to the former people’s Deputy Mykola Martynenko, who was suspected of misappropriation of property of the state enterprise “NAEK “Energoatom”, the updated final suspicion. On April 20, 2017 as part of an investigation of the episode with damage to SE “VostGOK” in the amount of 17.28 million. detectives NABOO and prosecutors SAP reported about suspicion to the former MP, former head of the parliamentary Committee on energy Mykola Martynenko.