#prineslo: near the Kiev-Pechersk Lavra journalist bothered to take pictures as the priest throws the toy after the scandal of the Church 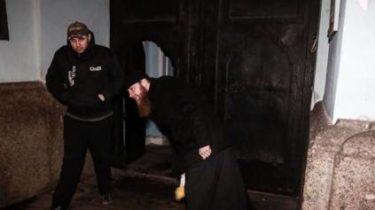 On Friday evening, January 5, in Kiev, near the Kiev-Pechersk Lavra, photographer edition of Radio Liberty Sergei Nuzhnenko stopped to remove how people bring toys to the entrance of the Lavra, within the framework of the flashmob #prineslo once in Zaporizhia refused to bury the child because of his baptism in UOC-KP.

“One of the toys put to the main entrance, after a moment came the priest and threw the toy away from the entrance, behind him came a person, who in the rough form began to interfere with filming and threaten to smash the camera,” – said in the message.

“It’s hard to call a priest”: in Zaporozhye refused to bury the child because of his baptism in UOC-KP

Pop said that the child was baptized in the Kyiv Patriarchate, therefore, to carry out the ceremony he can’t. Relatives could not even imagine that the Church would deny them directly before burial. Condemning the position of the UOC-MP has already addressed representatives of other Christian churches. Meanwhile, in the diocese of the position of his cleric support. 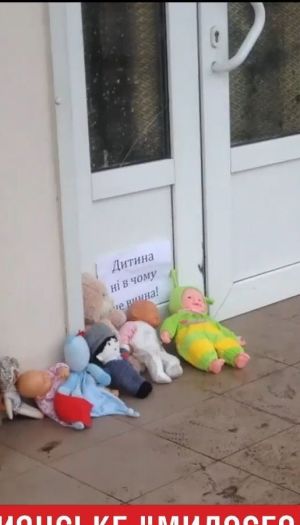 According to the journalist, the priest also asked to delete photos.

We will remind, in Zaporozhye apartment dweller on the eighth floor probably decided to commit suicideby jumping from the window. Under the window was a father to a son, to whom two years have not been – they were going to visit and at that time came from the entrance. Resuscitators made for the boy all they could, but injuries were incompatible with life.

A servant of the Ukrainian Orthodox Church of the Moscow Patriarchate refused to complete the burial service of a child who died in a fall at his suicide because he baptized by priests of the Kiev Patriarchate.