“They knocked out with pliers.” Released the fighter of “Azov” told about the torture of militants “DNR” 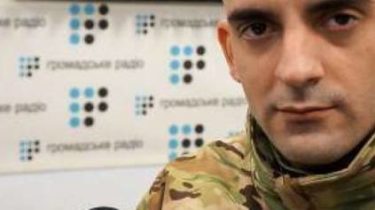 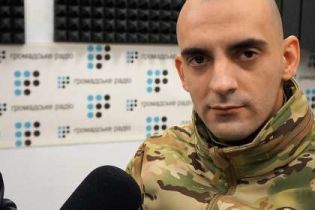 Fighter battalion “Azov” Eugene Kuznetsov, of which 27 December 2017 released from captivity of militants of “DPR”, he said in an interview with Public radio about his experiences of torture.

According to Kuznetsova, the militants knocked his teeth out in the basement.

“They knocked a pair of pliers, wanted to vomit. It’s not distorted information. Some wrote that they I themselves fell. But, if in January my teeth intact, and in February anymore. They could not so quickly to fall”, – said the Ukrainian fighter.

Chudnov also added that one of his friends managed to escape from captivity of the militants. According to the soldier, they Vitalii Aleksin planned to run away together. He noted that when he was taken to work on the “Ukrzaliznytsya”, he found a map of the Donetsk region and drew Alexino all checkpoints.

“We were planning to leave or may 9, when they get drunk, or 11 may when they celebrate the “referendum”. But it so happened that I was transferred to the detention center, and he’s running away in July. He was taken to work, the militants were distracted and he chuhnul” – said the Azov.

Kuznetsov also said that the militants forced the captives to seek the supposedly dead bodies of the Ukrainian military in Debaltsevo. Azovets believes that “Dnrovtsy” exaggerating the number of dead: “If it was those appalling figures, which they describe, everything would be strewn with corpses. During the day we only found one corpse and a leg”.

We will remind that on 27 December in the Donbass held only in 2017, exchanges of detainees between the parties to the conflict in the Donbass. The Ukrainian government gave the separatists 233 and controlled Kiev territory returned 73 hostage.

According to the security Service of Ukraine, held hostage by the militants in the Donbas are still 103 people. Special representative of Ukraine for humanitarian Affairs in the Tripartite contact group Viktor Medvedchuk said that the following exchange could take place in January 2018.