On Christmas Eve, the militants have stepped up attacks on Lugansk the direction. Summary of the ATO 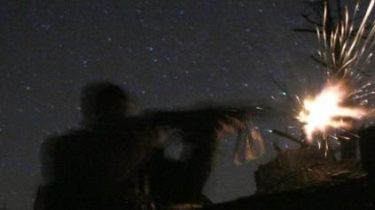 The militants did not stop shelling and on Christmas Eve, violating the conditions of the cease-fire. This reports the press center of staff ATO.

So, on the Lugansk direction the enemy 120-mm mortars fired at the defenders of the Trinity and fired in the direction of the Ukrainian military more than 10 min. Near the village of Lugansk militants violated the cease-fire from small arms, and next to Novoluganskoe, in the bright time of day, from small arms and heavy machine guns.

Ukrainian military fire in response did not open. In General for the last day, along the boundary line, recorded 3 violations of the cease-fire.
As a result of enemy shelling, one soldier of the Armed Forces of Ukraine were injured. The state of health of the Ukrainian defender is characterized as satisfactory, his life is not in danger.

We will remind, freed from captivity, the fighter of “Azov” told how the militants tortured him and knocked out his teeth with pliers.