Security of the FSB and the ambulance. Al Jazeera told about the motorcade Kurchenko after the shooting 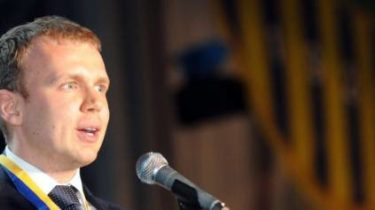 Ukrainian oligarch Sergei Kurchenko, who fled to Russia beefed up security after a shooting on the territory of elite complex “Moscow-city”. This is stated in the material to Al Jazeera.

The shootout occurred in November 2017 at the restaurant Crystal Ballroom in the tower “Eye”, where celebrated the birthday of Chechen businessman. In the same building is the office Kurchenko, said in the text.

Earlier, the Russian edition of the Insider has reported that several participants of the incident escaped in a car Maybach (the car, which drives an oligarch), the Toyota Land Cruiser (intensive care vehicle) and Lexus.

Now Al Jazeera, citing former drivers oligarch writes that tuple Kurchenko, which consists of five machines and it always travels with the doctor. One of the cars equipped with a silencer connection with the radius of 200 meters.

Engaged in the protection of the oligarch-fugitive alleged fighters control “And” center of special purpose FSB.

Earlier it was reported that in the capital of the Russian Federation on the territory of Moscow-city on 17 November shooting occurred, which may be involved in the Sergey Kurchenko. According to media reports, it all started with a fight that escalated into a shooting, during which, according to different data, have suffered from 4 to 6 people.