Like a monster from the movie “Alien”: in the Pacific ocean, found a shark monster 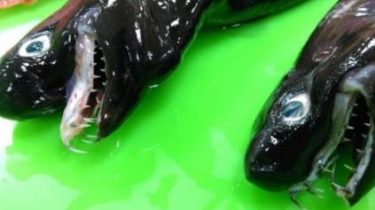 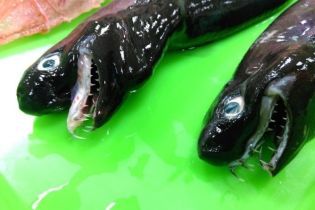 In the Pacific ocean near Taiwan scientists found the sharkjaw which can move forward like the alien from the movie “Alien”.

The Taiwan research Institute of fisheries state that specimens of this type are very rare. The first specimen was found in 1986, but since then the sea took only a few fishes.

These sharks are the main feature of the jaw, which can widegates forward, as well as teeth like needles, like some snakes. Therefore, this type called shark-adder. They are found at a depth of 300-400 meters, but in the night time move up to 150 meters.

Shark, similar to the alien from “Alien”

These sharks, despite the small size of the jaws in a closed form, can capture and swallow quite large fish due to the expansion and vydviganii jaws.

A similar phenomenon can be seen in fictional anti-heroes of the film “Alien”. The stranger was smaller jaw inside the main, which he could bite or punch holes in their enemies or their prey. 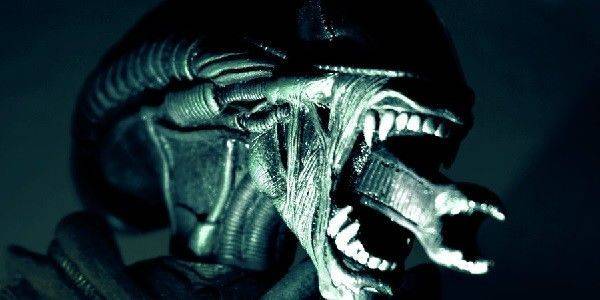