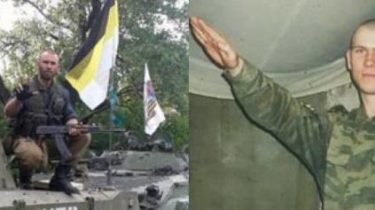 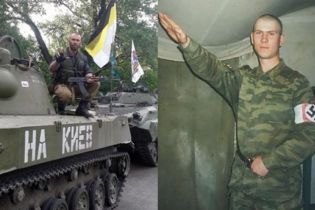 Member of the terrorist organizations “DNR” and “LNR” Russian Anton Rayevsky was indignant due to the publication of your photo in the propaganda newspaper “new Russia”. Him in the agitation illustrate an article about the alleged dominance of fascist ideology in modern Ukraine.

Material with photo, was published in December 2017. In pictures Rajewski is depicted naked to the waist, his chest visible tattoo of an eagle with a swastika, and another tattoo of a portrait of Hitler on the left shoulder closes the book. Next to the man is a weapon. 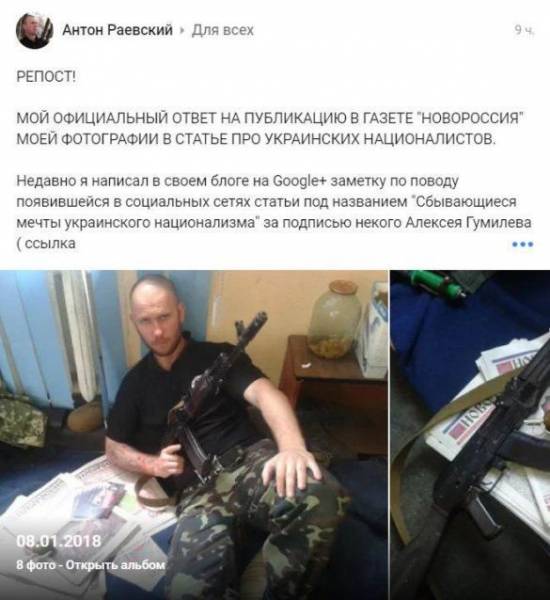 “I officially appeal to the chief editor of the newspaper “new Russia” Dmitry Deportivo to give explanations about the publication of my photos and require in the next issue of the newspaper “Novorossiya” to give a rebuttal, stating that shown in the picture – not a Ukrainian nationalist and Russian nationalist Anton Raevskii who fought on the side of DND and LNR in 2014 and 2015 years”, – he wrote on his page in the social network.

“Novorossiju merge”: “LDNR” intensify the mood of panic among militants

About Rayevskiy previously it was known that he is a resident of the Russian city of Orel, was once an active member of right-wing Russian organizations and professed national socialist ideology, and now prefers to call himself “Orthodox monarchist”. Together with Igor Strelkov-Girkin in 2014 took part in the capture of the city of Slavyansk of Donetsk region, became the commander of the “rifle platoon” of terrorists, was wounded. In 2015, he fought on the side of the terrorists in the Luhansk region. Subsequently expressed regret over the fact that he decided to participate in the events in Donbass.