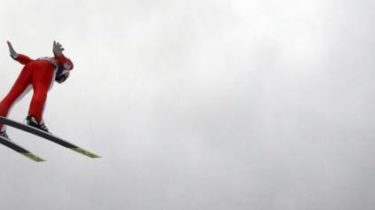 Ukraine has covered 50% of the needs of EU countries in import of skis and snowboards.

It is reported by the Eurostat, writes European true.

In Ukraine “cheaper” tea, coffee and other imported products

Import ski and snowboard in the EU last year reached 1.5 million units. Almost half of the needs of Europeans were covered by Ukraine, which has put 731,4 thousands of items.

Ukraine ahead of even China, which accounted for 28% of import (420,6 thousand). 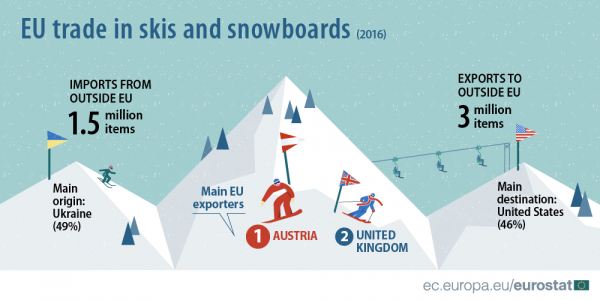 Statistics show that the greatest demand among Europeans enjoy skiing. However, note that on skis and related products account for only 2% of the total volume of import of sports equipment from countries outside the EU.

Almost the same (1.7 per cent) falls on skates. Two-thirds of the import is equipment for water sports, swimming, gymnastics, athletics and sports shoes.

Thus, in 2016 the EU countries exported more than 7.3 million pairs of skis and snowboards. About 60% of this volume (4.3 million) were sold in other European countries.

A third of all exports came in Austria (sold 2.5 million pairs of skis and snowboards). On the second place among exporters – the United Kingdom (slightly more than 1 million, or 14%).

Next, by a wide margin are Germany, Bulgaria and France, each of which exported about 600 thousand units of equipment each.

As previously reported, Ukraine has significantly increased export volumes of dairy products. In monetary terms the increase in exports amounted to 34%, i.e. $ 32,51-million (about 910 million UAH).