Venezuela will release the first one hundred million oil cryptocurrencies 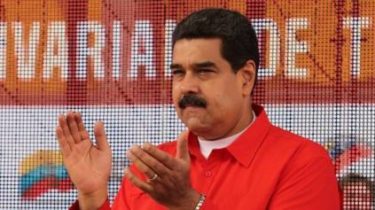 Venezuela will release the first batch of national cryptocurrencythat will be backed by oil. The first one hundred million Petro ordered to release the President of the South American country, Nicolas Maduro.

“I ordered the release of 100 million Petros, which is based on the national wealth. Each Petro will have the price of a barrel of Venezuelan oil,” said Maduro, reports The Cointelegraph.

The first meeting of the new cryptocurrency miners Petro will be held on January 14 with the official publication of the decision. Maduro had previously promised that Venezuela will create its own cryptocurrency, which will be supported by the oil reserves.

Experts do not exclude the full depreciation of bitcoin

It is noted that, due to hyperinflation and a difficult economic crisis, Venezuelans have lost confidence in the Bolivar – the national currency. But more and more people began to use bitcoin mining for a living. Happened in the country, as it is called experts, “bikinidare”.

It is known that Zimbabwe is widely distributed mining of cryptocurrencies due to serious economic instability.