You can’t give Amnesty to the clearance “EuroBLECH” – the Southerner 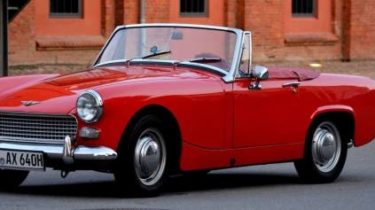 In Ukraine still remains the unsolved problem of the foreign-registered vehicles, so-called “EuroBLECH“.

EuroBLECH. Schemes, and pitfalls of import to Ukraine of cars with foreign numbers

MP Nina Southerner, Chairman of the Verkhovna Rada Committee on customs and tax policy depend on legislative changes regarding the importation and customs clearance “EuroBLECH”, said in an interview with “New time” that now is a compromise.

“Exactly means impossible to do such an action on Amnesty, that is, to allow customs clearance of the car for next to nothing. So I think that will be true if the current scale of rates of the excise tax, we apply a certain factor. For example, they (the owners of “EuroBLECH” – ed.) will pay 25-30% of the established rate of excise tax. But given the scale that we have now at the rate of the excise tax depending on the age of the car,” said the Southerner.

Video”EuroBLECH”: the penalties for the euronumber and how to drive a car from abroad

She stressed that you can’t just remove all taxes and duties on “EuroBLECH”.

“All duties and taxes in Ukraine had and have economic justification. To do nothing at all impossible in the economy. All need to have calculations. We need to understand and obtain from the Ministry of economy insights about what the economic future of our automotive industry. We also need to obtain from the Association of towns, from other ministries related to calculations, data on the capacity of our roads. That is the real number of cars, the amount that can withstand our roads,” said the Southerner.

The MP also noted that they can use the experience of Belarus and Moldova, who have chosen a different model solutions of similar problems. By the way, about these models in November in comments TSN.ia told the Chairman of the NGO “Autoerosale” Oleg Yaroshevich.

The southerner did not elaborate on the timing of solving the problem with the “everblame”, saying only: “We will be able to come for sure in the near future.”