In the NEB released a list of crimes with which the suspect, former MP Martynenko 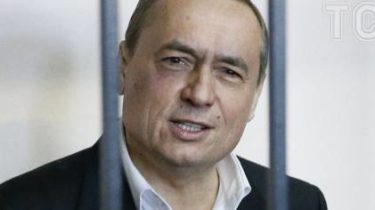 Detectives of the National anti-corruption Bureau of Ukraine has completed an investigation into the actions of the former Chairman of the Verkhovna Rada Committee on fuel and energy complex, Mykola Martynenko and clarified in the Commission of what crimes he is suspected.

As noted, among the other suspects in the production of current heads of SE “VostGOK”, State concern “Nuclear fuel”, NAK “Naftogaz “of Ukraine”, JSC “United mining and chemical company” and structural subdivision of SOE “NNEGC “Energoatom”.

“January 9, 2018 detectives of the National anti-corruption Bureau of Ukraine by order of the Prosecutor of the SAP opened ex-people’s Deputy of Ukraine, former Chairman of the Verkhovna Rada Committee on fuel and energy complex, and his lawyers access to the materials of criminal proceedings on the facts of appropriation of funds of the SE “Eastern mining-processing combine” and GP “NAEK “Energoatom”, – added in the NABOO.

Holodnitsky told about the procedure of investigation of the case.

Earlier, a Specialized anti-corruption Prosecutor’s office presented to the former people’s Deputy Mykola Martynenko, who was suspected of misappropriation of property of the state enterprise “NAEK “Energoatom”, the updated final suspicion. On April 20, 2017 as part of an investigation of the episode on the damage to SE “VostGOK” in the amount of 17.28 million. detectives NABOO and prosecutors SAP reported about suspicion to the former MP, former head of the parliamentary Committee on energy Mykola Martynenko.

In April and may 2017 of suspicion in this case was also notified of the current leaders of the NJSC “Naftogaz of Ukraine”, JSC “United mining and chemical company”, SE “Eastern mining and processing plant” and the State concern “Nuclear fuel”.