The government named the main challenges 2018 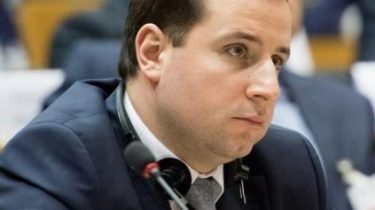 The main challenges for the government in 2018 will be the extension of the implementation of health reform, education reforms, including improving the welfare of teachers, as well as the customs reform.

The Minister of the Cabinet of Ministers Oleksandr Sayenko said in an interview “RBC-Ukraine”.

“Much has been done, but that’s no reason to slow down. Challenges for the government in 2018 will extend the implementation of health reform, where we have already taken a large package of normative-legal acts, as well as education reform, in which the Prime Minister initiated the modern equipment of the elementary school that children receive the best learning opportunities”, – he stressed.

Pension reform in action: what changes can be made with the New year

According to Sayenko, the government has proposed a reform of vocational education and welfare of teachers, including social standards.

In addition, according to the Minister, an important challenge in 2018 will be the reform of customs.

“We want to equip our borders with equipment that will analyze loads in automatic mode. This large-scale initiative to combat smuggling,” he said.

Started healthcare reform: what major changes to expect in 2018

In the context of continuing reforms Saenko noted the special importance of cooperation between the government and Parliament for reform.

“As a person who is directly responsible for dialogue and coordination with the Verkhovna Rada of key legislative initiatives of the government, I am much of the time allocated for discussions with representatives of factions and groups of Parliament to ensure the passage of reforms through a sessional hall”, – said Sienko.

We will remind, the President Petro Poroshenko signed decrees on the elimination and creation of local courts in Ukraine. Deputy head of the presidential Administration of Ukraine Oleksiy Filatov said that in the framework of the strategy for judicial reform, approved by a decree and in execution of the requirements of the law “On judicial system and status of judges”, to the signing of the proposed decrees on the reorganization of the justice system, in particular the elimination, creation and reorganization of certain courts. He noted that it concerns both of local courts and courts of appeal. Filatov said that there will be a District economic courts instead of the courts in the districts will also have district courts. “It will be a unified approach to all courts of first instance,” he said.