At the largest electronics show CES robots a strip tease 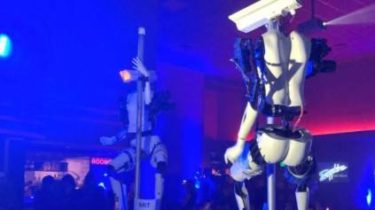 At the annual international exhibition of consumer electronics CES passing in Las Vegas, presented the robot-strippers.

Presented to the public two androids R2-DD and TripleCPU who spoke at one of the clubs in the company of these dancers.

According to attendees, the show looked very strange. Because the robots were moving quite unrealistic.

“I think these robots have something real in life no one is moving. They need dancing lessons,” said one of the spectators.

Oh they’re pitting the human against the robot strippers strippers now in the spirit of innovation pic.twitter.com/EdgVpqWDdX

But human rights activists have even accused CES of sexism. According to the founder of a startup MakeLoveNotPorn Cindy gallop, the organisers have created an uncomfortable for women atmosphere. For example, for two consecutive years, no woman spoke during the event with the report.

Global robotization of the planet. What threatens humanity is artificial intelligence

Meanwhile, the world-famous Sofia the robot can now walk and dance. Unique robot scientists showed last year, however, feet Sofia has set just now. She is moving quickly over an hour to overcome only one kilometer. The woman-the robot can demonstrate various human emotions and to answer questions. Last year, she stunned everyone by the statement that he was going to kill people.

Video settings USA has developed a robot for children with cancer

At first glance – the usual stuffed toy. However, this small duck can recognize a child’s condition and to repeat emotions, and also to enable kids to soothing music. Now the work test, and during the year the toys will already be distributed to children in the United States. 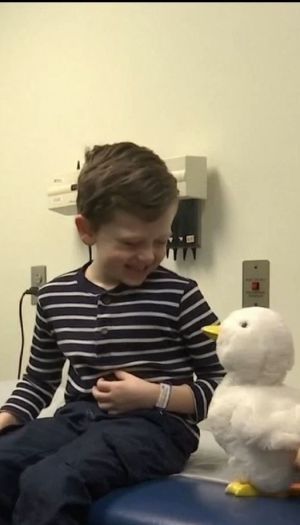