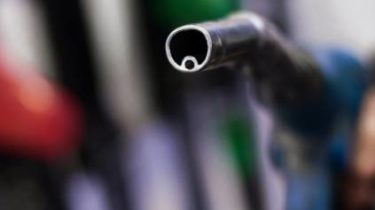 Until the end of January in the Ukrainian gas stations the retail price of gasoline and diesel fuel can grow to 1-1. 2 UAH/liter. This can happen because of entering the market of expensive imported fuel, the price of which is 7-8% higher than December’s figures.

Such an expert forecast of the market of oil and oil products, Director of special projects Scientific-technical center “Psyche” Gennady Ryabtseva, writes UNIAN.

“After the opening of the wholesale trading of petroleum products at the border price will rise by 7-8%. As soon as purchased a new batch of fuel prices at filling stations will grow by 1-1. 2 per liter until the end of this month,” – says Riabtsev.

The cost of fuel at Ukrainian filling stations is not yet fully responded to changes in the world market of oil and oil products.

“Petroleum products at the border must rise. Why should they rise? Now (in the period from 20-22 Dec 10-12 Jan) was the so-called “dead season” during which do not occur in wholesale trading of petroleum products. It has developed traditionally. So the prices at filling stations in Ukraine has not yet had time to respond to the changes that have occurred in the world market, but they need to respond,” – said the expert.

During the “off-season” oil managed to rise from 62 to 68 dollars per barrel.

Why expensive gasoline. Published a formula that determines prices at the gas station

Another cause of rising prices at the gas station – the depreciation of the hryvnia.

“During the month the dollar rose by 4% and Euro by 6%. Each 10 cents devaluation of the hryvnia equals about 7 cents increase in the cost of petrol, because it is bought for dollars and euros,” – said Ryabtsev.

The price situation on the fuel market today is fully depends on the policy of the National Bank, the expert is convinced.

“The policy of the national Bank is unpredictable, the exchange rate is more difficult to predict than oil prices,” – said Ryabtsev.

He added that, if the exchange rate becomes more predictable, then the traders will be able to plan their spending, and will not lay in fuel price fluctuation risks of the hryvnia.

Recall, from August 2017, the prices of petroleum products increased on average by UAH 4 per liter and reached record values. As of January 9, according to consulting company UPECO, the average cost to gas stations of gasoline A-92 was 27,69 UAH per liter, A-95 – 28,48 UAH per liter and diesel fuel – of 26.25 UAH per liter. In some networks, for example, OKKO and WOG prices for A-95 gasoline topped UAH 31 per liter.

In mid-December 2017, Minister of energy and coal industry Igor Nasalik said that the Ministry jointly with the Antimonopoly Committee has created a Commission that will examine possible collusion to raise prices of companies that sell petroleum products. 21 Dec AMC launched an investigation into the fuel market, suspecting the network of filling stations OKKO and WOG in the possible anti-competitive concerted actions.