Kiev Prosecutor after buying a new car declared credit for it 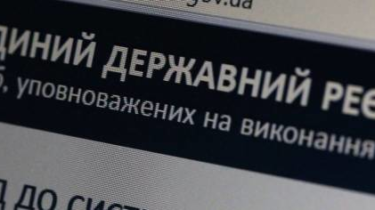 Head of Department of Prosecutor’s office of Kiev Vadim Orlov has declared a loan to buy a car a few days after declared itself cars. The appropriate information appeared on the website of NACP.

On the eve of TSN reported that Orlov replaced the old Nissan Honda Civic for 636 800 hryvnia, although his annual salary is three times less than the cost of a new car. The Declaration States that the car purchased on 28 December last year.

Today, January 10, Orlov declared the loan in the amount of 454 630 UAH for the purchase of the vehicle.

That Santa Claus brought you under the Christmas tree Ukrainian officials see a TSN story:

Videoquality and gifts of money: officials updated the details of their e-returns

Immediately after the Christmas midnight Ukrainian mid-level officials rushed to the site of electronic declarations. Urgently to inform on significant changes in financial position required by law. For officials you can enjoy. Among the acquisitions of the apartment, new car, cash gifts. 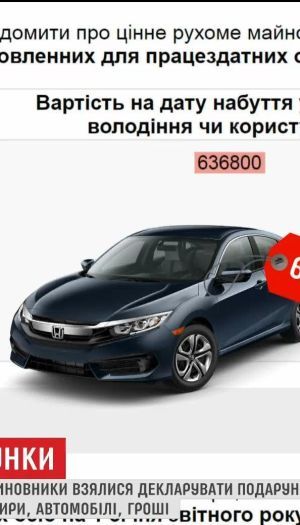