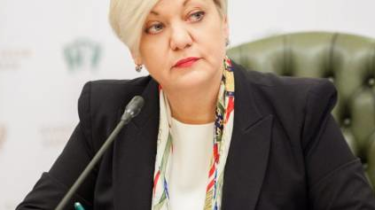 The scheme of withdrawal has been set out in the decision of the court of Kramatorsk about specefication, which was later coded for the announcement of the state secret, and now published Arabic edition of Al Jazeera.

According to the 95-page document, the ICU was a broker in the purchase of bonds denominated in dollars, eight Cypriot companies in the amount of $ 1.5 billion between 2012 and 2014, which, as it turned out, were related to the environment of Yanukovych.

The document is called the organization “Apparatus Kurchenko Sergei vital’evich, who was considered the “chief financial officer” of Yanukovych.

In turn Gontareva assured Al Jazeera that when the transaction was done, neither she nor ICU “see anything suspicious” and the Bank “has confirmed receipt of funds and financial monitoring of non-resident companies, therefore, in ICU there are no suspicions in relation to these companies, since all documents and statements at the National Bank meets the requirements of the current legislation”.

According to “true European”, the founders of the ICU is Gontareva, which sold its stake in the company partners in June 2014 and Makar Pasenyuk, who is called the “financier Poroshenko” and I think he is the most knowledgeable about the business of the Ukrainian President. In addition, the ICU was accompanied by the transfer of Roshen Corporation in a “blind trust”.

Also, the edition reminds that the representatives of the companies were in key positions in the government: Dmitry Vovk headed NKREKP, Volodymyr demchyshyn has received an armchair of the Minister of energy, and Valeria Gontareva became head of the national Bank.

Recall, 28 January 2015 State financial monitoring service blocked of 1.42 billion dollars in accounts of foreign companiesassociated with the ex-President of the fugitive Viktor Yanukovych, his entourage, the former officials from the former government of Ukraine, as well as to related persons.