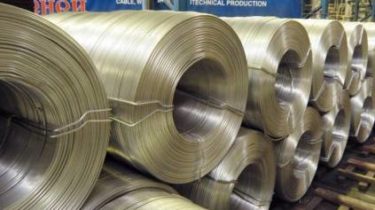 The United States has determined final anti-dumping duties on wire rod (sheet metal wire of circular cross-section) carbon steel and alloy steel of Ukrainian origin. They will be at the level of the previous – 34,98-44,03%.

This decision was made by the US Department of Commerce, reports “Interfax-Ukraine”.

In particular, anti-dumping duties in respect of “ArcelorMittal Krivoy Rog” and Enakievo metallurgical plant (EMZ, part of the company “Metinvest”) are 44,03%. In an official statement explained that such fee be paid in respect of these plants were due to “adverse facts their (companies) failing to cooperate fully in the investigation” (special Commission investigating the presence of losses that a foreign company can apply the us and the US economy as a whole). Relative to other Ukrainian producers fee is 34,98%.

The ultimate (final) the fees must be approved by the international trade Commission, U.S. (USITC) not later than February 22, 2018, and a decision on the application final fees will be taken by the Ministry of Commerce no later than March 1 of the current year.