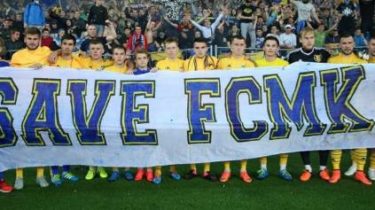 To complete confiscation of the Kharkiv football club “Metalist” left to do one step.

In an interview with channel 5 said the Deputy Prosecutor General of Ukraine Yevhen Yenin.

According to him, the confiscation of “Metalist” is at the final stage, since the relevant court decision came into force more than two months ago.

“Now the Ministry of justice should determine the appropriate body or undertaking, the balance of which it is necessary to transfer all objects owned by the football club “Metalist” – said the Deputy Prosecutor General.

Scandalous Kurchenko said that no one will give Metallist

We will remind, in October 2017, the General Prosecutor Yuriy Lutsenko and justice Minister Pavel Petrenko said that the property rights to the football club “Metalist” with the court’s decision took away the businessman Sergey Kurchenko. They transferred ownership to the state.

Kurchenko bought Metalist in the end of 2012. After the revolution of dignity the club began financial problems. At the end of 2015, it became known that the team did not pay the money, and the base remained without water. In 2016, the club was denied the professional status due to the inability of the owner to contain the club.