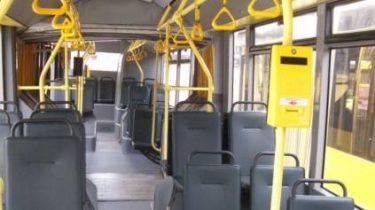 This is stated in the ads that hang in public transport, writes “Duma”.

Director of the Odessa city Department of transportation Alexander Ilko says that compared to Kiev, Dnipro, Kharkiv, Odessa has the highest average length of the route, but the lowest fares. In big cities fare in ground transport is 4-7 UAH, in Odessa – 5 UAH.

“Over the past two years the cost of fuel rose 55% and gas by 46%. Consumables also rose. We must understand that raising the price of the fare, quality of transport services will not improve,” said Ilko.

The official also said that the carriers do not have enough drivers. In particular, the company “Severtrans” no someone to put the wheel in 35% of vehicles.

In the city Council priority consider the development of the electric vehicle. Therefore, the number of minibuses on the roads should be gradually reduced.

Meanwhile, the cost of travel has risen and in Kiev, but not everywhere. In particular, instead of 6 UAH was worth UAH 7 travel in the bus №545 (metro station “Darnitsa” – ul. Chavdar). The carrier explains that the rise in price of fuel, writes comments.ua. Before that, the Director of the enterprise “, Politikave-B” Nikolay Batsan promised that rising prices for journey in minibuses will not happen before March.

The capital cost of public transport was massively increased six months ago.

We will remind, in Poltava from January 4 has increased the fares of buses and minibuses up to 5 UAH.