In Ukraine, 20% reduction in port charges 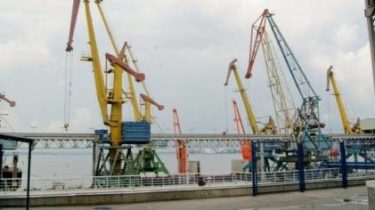 In Ukraine retroactively as of 1 January, reduced by 20% the cost of port charges – ship, canal, lighthouse, sanitary, anchoring, mooring and administrative.

“We promised we did. Thanks to the government for supporting such an important initiative. We expect the combined effects of implementing such a solution: reduction of logistics costs, increase in volumes of cargo handling of Ukrainian ports, improving their competitiveness, and as a consequence full integration of Ukraine into the international transport corridors, development of a New silk Road,” – said the Minister of infrastructure Vladimir Omelian.

Lower rates of port charges is the first step but not the last.

“This victory is an important, yet intermediate. We will reduce fees in the future”, – promised Omeljan.

Meanwhile it became known that the repair and construction of roads in Ukraine within the next five years I want to send 322 billion hryvnia.

The Ministry of infrastructure of Ukraine