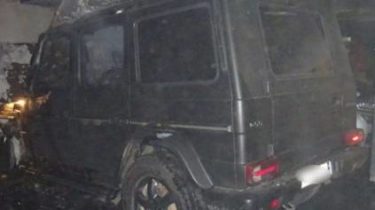 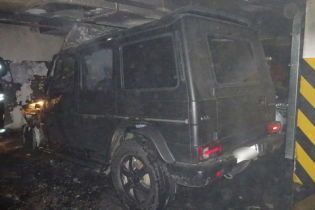 In Kiev in the underground Parking in the street burned the car Gelandewagen Chairman of the initiative group for public control over the investigation into the murder of human rights activist Irina Mostovskoy, the Chairman of public organization “National-Patriotic motion of Ukraine” Mikhail Kovalchuk.

He said this on his page on Facebook and showed the videos of the consequences of the fire.

“Three unknown guys night doused my car parked in the Parking lot, Molotov cocktail and fled. All this was recorded by security cameras. The Parking guard at the time went somewhere. The Parking garage is located under a 15-storey building. When I left the apartment, everything was engulfed in smoke. The other car miraculously started”, – he said, writes “UKRINFORM”.

According to Kovalchuk, arson is the ex-MP Alexander Dubovoy, who lobbies for the construction of the capital on the street Michurina, 44.

He also admitted that he had received threats and it tried to agree to permit the controversial development, which allegedly did not have permits.

We will remind, the fire occurred on the night of 11 January in the Cadet guy. Investigators have opened a criminal case for deliberate destruction and damage of property, law enforcement officers seized video from surveillance cameras and are trying to establish involved in the perfect, which threatens till 10 years of imprisonment.