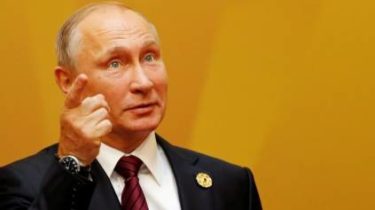 This was stated by President Vladimir Putin, Interfax reports.

“The Ukrainian side has repeatedly raised the issue of the return of military equipment from the Crimea. We are ready to continue this process, ready to transfer warships to Ukraine, aviation equipment, armored vehicles. As for ships, I think it would be better if Ukrainian soldiers will just come and take it. We are ready to help them to transport in Odessa”, – he said.

According to Putin, the Ukrainian military equipment “is in a deplorable state”.

“But this is not our business. It is in such almost was – over the years nobody, of course, is not maintained” – said the President of the Russian Federation.

Separately, he also noted that “there is still plenty of ammunition.”

“But he, according to our military experts, cannot be transported, it is dangerous, it must be disposed of on site. We are ready to invite Ukrainian military to be able to participate in the disposal of ammunition”, – concluded Putin.