Rosneft sold its large network of filling stations in Ukraine 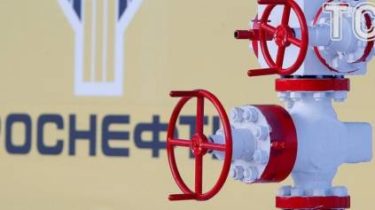 At the end of 2017, December 20, the Russian oil company “Rosneft” has completed the sale of the companies which were subordinated to its gas stations in Ukraine.

The fact of the sale according to data of the reporting “Rosneft”, says RBC. In particular, from the list of affiliated persons disappeared was in Ukraine companies: “RN-KART Ukraine”, “TNK-industries Ukraine”, “Aviation fuel and fuel company, middle of the drawno Retail”, “Avtonet”.

Previously, the network of filling stations of “Rosneft” in Ukraine totaled 141 gas station. Also in the assets of the company consisted of the operator of the wholesale supply of petroleum products, “TNK-industries Ukraine” and LINIK oil refinery in Luhansk region. Director LINIK Ivan Boyko also excluded from affiliates.

We will remind, earlier all of its assets in Ukraine sold to Russian LUKOIL. In February 2017 the latest venture of LUKOIL in Ukraine – “Karpatneftekhim” in Ivano-Frankivsk region – was sold to an undisclosed buyer. Before permission to buy 50% Chеmical Lukoil, which owns 100% of “Karpatneftekhim”, the Antimonopoly Committee of Ukraine issued Ilham Mammadov, who earlier headed the FDI “LUKOIL-Ukraine”.

Its assets in Ukraine due to the imposition of sanctions also sell other Russian companies. In particular, “Vs Bank” (Ukrainian “daughter” of the Russian “Sberbank”) acquired TAS, the founder and main shareholder is the former head of the National Bank of Ukraine and former Deputy Prime Minister Sergei Tigipko.