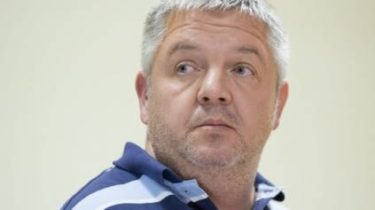 The Pechersky district court of Kiev prolonged the measure of restraint businessman Alexander Volkov. He is suspected in the kidnapping of the participants of the Euromaidan journalist Igor Lutsenko (now MP) and scientist Yury Verbitsky (then killed).

Defence of the defendant does not comment on whether to appeal against this decision. While Alexander Volkov will be held in custody for another two months, until March 11. About it the correspondent of TSN Boris Bondarchuk.

This is the fourth time prolonged the measure of restraint Volkov. He was taken into custody July 29, 2017.

We will remind, earlier in Prosecutor’s office said that investigators learned of the movement of the suspect Volkov in the offices of those who dispersed the Maidan, and telephone conversations.

“Comes to the hospital not later than 3 hours and 38 minutes. 3:50 – this is the time when you arrive Verbitsky and Lutsenko, receive an SMS message with a preset number. And then moves first to the office Chebotareva, and then route Verbitsky-Lutsenko. After the victims were brought to the garage, the suspect again had contact with Nezhivoy that is wanted. And that this was followed by transport” – told earlier in the trial, the prosecuting attorney.