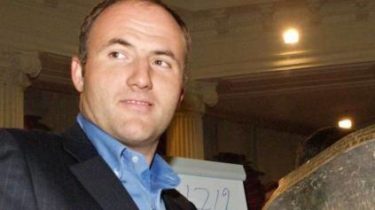 New and only beneficiary “of Ukrroslizing” was the Ukrainian-Russian businessman Pavel Fuks. This company “Kiev underground” should return of 1.78 billion UAH (almost $ 50 million) to put in the 2010-2013 cars.

January 11 the appropriate changes on the change of ownership was entered in the register of legal entities. About it writes “LigaBusinessInform”.

Previously, this company was associated with the environment of Viktor Yanukovych and Russian state-owned Vnesheconombank (VEB). In July 2009, “Ukrroslizing” has signed a contract with “Kiev underground” to deliver 100 new cars on conditions of financial leasing. Several months later, the parties entered into a supplemental agreement to include in the contract a so-called correction factor. Simply put, Metropolitan has pledged to compensate “Ukrroslizing” all costs associated with the delivery of the railcars in the lease, if the transaction will not be completed before the end.

It just happened. “Ukrroslizing” put underground 100 cars purchased from Krukovka carriages and Russian “VAGONMASH” and “Metrovagonmash”. Kiev subway paid the vendor part: with the principal amount of the contract in UAH 1.4 billion debt metro is more than 500 million UAH.

“Ukrroslizing” filed a lawsuit in the court of Metropolitan lost all instances. The amount of the penalty – UAH 1.96 bln. Of these, 774 million UAH – principal debt under the agreement, including penalties, interest for the use of the leased asset, and the inflation accrual. Nearly 1.2 billion – the result of the adjustment factor, included in the contract after its signing.

The final decision on the case issued the Kiev economic court of appeal on 31 January 2017. Subsequently, from the Metropolitan force had collected in favor of “Ukrroslizing” more than 140 million UAH.

“Kiev underground” tried to challenge the debt before the “Ukrroslizing” in the Supreme economic court and the Supreme court, but lost the argument in all instances. Have written off only about 42 million UAH of fines.

Pavel Fuks was born in Kharkov, and has long lived in Russia. There is also his main business is real estate development company MosCityGroup, more than a dozen large real estate objects in Moscow and Moscow region. In Ukraine, the businessman back in 2007-2008, tried unsuccessfully to build a business center “Kiev-city” on rybalskaya island, the project was suspended during the crisis.

Over the past few years, Fuchs has become a significant player on the Ukrainian market. He bought some gas companies previously belonging to the entourage of Edward Stavisky and Yuri Boyko. We are talking about the shareholdings in LLC “DV oil and gas production company” and JSC “Devon”, LLC “Golden derrick” and JSC “Mining company Ukrnefteburenie”. Fuchs also was negotiating to purchase the capital’s business center “Parus” Vagif Aliyev.

Earlier it was reported that Fuchs was not allowed in the US.