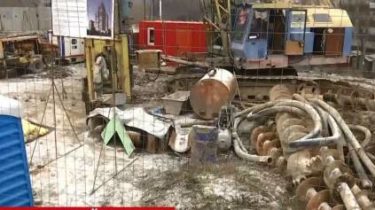 In the midst of building the scandal was the capital’s archaeological site. Mountain Yurkovitsa in Kiev became an arena of struggle activists nedonoshennye developers, says the story TSN.19:30.

Before already there was another clash, to calm the passions had of the police. First, the preparatory work for the Foundation of the shim was seen by the inhabitants of the neighboring house, which organized the protection of the archaeological monument. People have commented that this is a landslide area, so just want to save their homes from destruction, after all, only starts to operate construction equipment as the house is bursting at the seams. “Shows how went the Foundation of the house, even the stairs leading to the entrance. And those stairs have to be repaired on a monthly basis” – say the residents.

TSN has repeatedly talked about how people still, in 2014, fighting unscrupulous developers. Have even received responses from officials that the building do not. But not on paper, but in reality the situation is quite different. 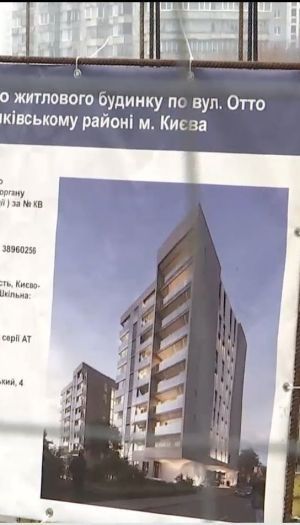 However, the developers called them paid activists, despite the passport with local registration. In addition, residents operate on documents Dargebotener and the Ministry of culture to the illegality of the 9-etazhki and banning construction works in the territory. Similar content explanations also provided “kievgas”, but the developer has a different opinion. In 2002, the local land was given to several individuals, then these areas have resold the same company, and already she began to build an apartment building, without any lawful permit.

But local authorities claim that this license is revoked and who issued it again – they don’t know. Local residents say they are ready to defend their homes in the future. The developer offered a legitimate compromise, a building not more than four floors. “It’s a mountain! Please four floors build. Nobody opposes this! But I don’t want – have the money to tear,” say the activists.