In Russia, group sex in car ended in a large-scale accident 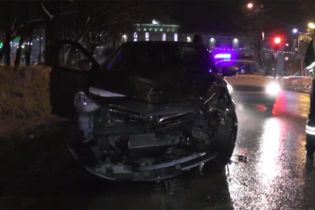 About it writes local portal Gorodkirov.ru.

Before you go to the extreme sex-city tour, the driver of the Hyundai Solaris with his friend and a woman friend were drinking in the garage. The company then went to ride around the city, the men offered friend to have sex and she didn’t mind.

During lovemaking the driver of the Hyundai lost control and the car crashed into the Chevrolet and Honda. By coincidence, in the second car were the activists of the night patrol. They arrested the culprit, who tried to escape from the scene.

We will remind, in the Russian city of Saint Petersburg taxi passengers, who were drunk, decided on the back seat to have sex. In turn, the driver refused the passionate couple to Park the car and leave them for a few minutes, some for a fee.