In Russia, found a giant wall from “Game of thrones” 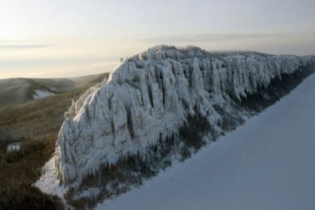 In Yakutia found the snow-covered wall from the TV series “Game of thrones“.

Visual similarity with the large-scale defensive works, which, according to legend, protects the Seven Kingdoms, fans of the series are identified in the Lena pillars.

Members of the community in the comments noted that the geological formation of the territory of Russia is really similar to the famous Wall of TV series, and remembered that in the final series of the seventh season barrier was destroyed by the Ice Dragon.

At the time of publication, the picture has collected more than 186 thousand likes.

As previously reported, the creators of “Game of thrones” is officially announced, when will the last season of the series. It called only the year of release, exact date not reported.