The militants fired mortars and rocket-propelled grenades. Chronicle of the ATO 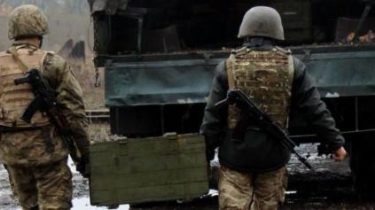 During Friday, January 12, in the area of ATO in the Donbas the militants four times opened fire at positions of the Ukrainian army. In two cases, the Ukrainian soldiers responded with fire. Information about the wounded and dead Ukrainians there.

“The truce at fault the Russian occupation groups in the future holds. The enemy continues to carry out attacks of positions of Ukrainian Armed forces of weapons prohibited by the Minsk agreements”, – stated in the press center of staff ATO.

On the Lugansk direction militants shelled fortifications of the ATO forces from infantry weapons. During the day several times with heavy machine antitank grenade launchers fired on the defenders of the Trinity, and during the lunch time sighting shot in the side of the defenders of Katerinovka.

In Donetsk direction militants used mortars on the sea of Azov. Fifteen 120-mm mortar exploded near the strongholds near Water.

Meanwhile, intelligence reported that the militants blow up their victims for profit.