In Ukraine, want to postpone the ban on the purchase of milk from the population and to abolish the moratorium 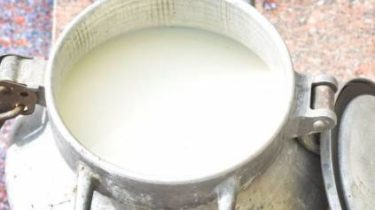 The introduction of the new national standard concerning the quality of milk, which came into force on January 1, wish to postpone by six months, until July 2018. The new rules, in particular, are demanding milk, which is procured from the population.

The relevant draft decision about the postponement was prepared by the Ministry of agrarian policy and food, soon it will be presented for public comment. About it reports a press-service of the Ministry of Agriculture.

“The introduction of the next step in changing requirements for milk will be accompanied by an analysis of the development of the market and the effectiveness of public support. The ultimate goal is the gradual reduction of requirements to quality of milk as raw material to higher standards, ultimately to the so-called standard 100/400 comparable to European provisions”, – noted in the Ministry of agriculture.

The draft order provided that the use of second class milk (from population) for the technological processes of food production after a two-year transition period will be limited, but allowed in the production of non-food products such as animal feed or casein. Therefore, the purchase of milk from the population will continue.

Improving the quality of milk from second class to first not require a significant investment, said Deputy Minister of agrarian policy and food Elena Kovaleva. In particular, we are talking about the hygiene of the staff and the animals themselves. The staff involved in working with animals should be in clean clothes, use clean gloves, wash hands with soap and water or disinfect them. For milking it is necessary to apply a clean container, preferably a milking machine or a milking machine, which should be washed and disinfected after each milking. Cows should be subject to veterinary care. The state foods and consumer service in conjunction with the Swiss-Ukrainian project SAFOSO has drafted basic guidelines for households on hygiene in milk production.

Due to the expensive veal and pork Ukrainians are switching to chicken. Average prices

“The milk producers, it is advisable to work on improvement of sanitary-hygienic working conditions. This high quality milk is worth more than a second, the average gap is two hryvnia, and more. And raw milk extra-class is in high demand. Now its share in the structure of procurement is 15.5% a year ago and is 13.8%. Moreover, the extra-class milk in General is the basis for the production of dairy products intended for export,” – said Kovalev.

Key indicators of milk quality is the number of standard units of mesophilic aerobic and facultative anaerobic microorganisms per cubic centimeter (100 to milk extra grade), somatic cells in one cubic centimeter of milk (400 thousand in the milk extra grade). 100/400 is a threshold at which milk is allowed in recycling in the EU. Rules 1997, the current Ukrainian standard, provide much more acceptable contamination for milk of the second class.

“However, the extension of the validity of the standards does not solve the problems of the industry. In response to the industry challenges in this year’s budget provided a high amount of livestock development – 4 billion UAH. However, for small farms is a good way to improve the quality of milk can be cooperation. Because then you can jointly purchase and use the equipment, to arrange sales, to provide veterinary care. Today through cooperatives implementing a very small fraction of the milk, although the potential is huge,” said Kovalev.

We will remind, in 2017 increased coverage of export of Ukrainian cheese, butter, whey and condensed milk.