Ukrainian producers have already exhausted the quota for duty-free supply in the EU, honey and juices 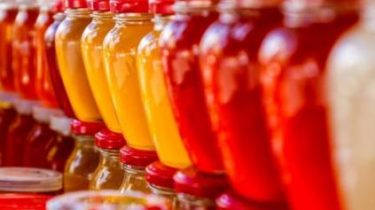 For the first 11 days of January Ukrainian producers have already used 100% of the duty-free quotas for the import into the EU of honey (7.9 thousand tons), grape and Apple juice (14 thousand tons). Poultry products – 25%.

These data led by the first Deputy Minister of agrarian policy and food of Ukraine Maxim Martyniuk on his page in Facebook.

“100% of export quotas for deliveries of honey to the EU is already selected, even given the fact that last year its volume was increased. It is clear that the export does not stop, just continues on the same basis (fortunately, Ukrainian product is competitive in the European market even beyond the Autonomous preferences). But at the same time and date 11.01 zero balance indicate high potential of this industry,” said Martyniuk.

On the calendar – on January 11, and 100% of export quotas for deliveries of honey to the EU is already selected, even given the fact that …

At the same time in Ukraine there are no mandatory requirements for the quality of honey. The current state standard is voluntary. In the framework of the Association Agreement with the EU, Ukraine has committed to implement the European requirements for honey, are fixed in Council Directive 2001/110/EC. Deadline end of next year.