The wreckage of the armored car swept hundreds of meters: TSN visited the site of the death of two soldiers of the ATO 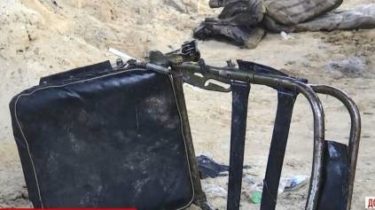 Two Ukrainian soldiers died during the crossing of the river during the blasting of the mines on the opposite side. The aftermath of the tragedy saw journalists, says the story TSN.19:30.

The explosion was so powerful that parts of the armored vehicles were scattered more than 200 meters. The remains of the armored car, which almost entirely went to shore, dropped back into the water. To survive in this tragedy, the humans had not. “Rushed to learn but…,” said the soldier Alexander Lukyanenko. He sister subsequently shipped the remains of exploded ammunition equipment into the truck. In an instant he and his comrades lost two friends.

One war the country lost in the shelling, and two blown up with explosives. The device exploded when technology overcame the river. The explosion was so powerful that parts of the armored vehicles were scattered more than 200 meters. 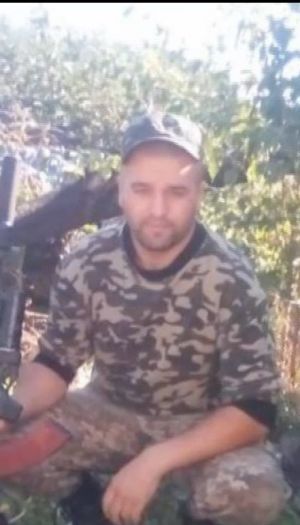 Shooter armored vehicle 37-year-old Gennadiy Vegera from Khmelnytsky was in the war from the beginning. He had a reputation as a master of all trades. Year senior Victor Sukhin was from Novoukrainka Kirovohrad region. In the ATO, he managed to stay only a month and a half, but has already earned the favor and respect in the martial fraternity. “Everywhere and asked everyone interested in how to help,” – said of the deceased Alexander.

In battle died on the eve of Vladimir Anadem, who was 31 years old. His life took a mortar attack near Novoluganskogo sister say that given the size of the crater, there was an explosion of the 120th caliber. A native of Kherson region lived in Bukovina, had a wife and two sons. Sister called him “Batman” and considered a reliable friend. “He was a remarkable guy, very sorry,” said the soldier with a pseudo “political Officer”.