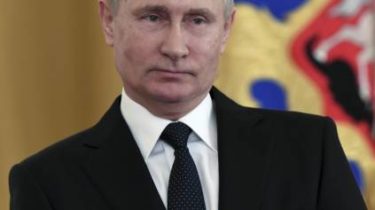 The war in the Donbass acquires the features of a frozen conflict and this, they say, no one is interested.

This was stated by the President of Russia Vladimir Putin, writes “RIA Novosti”.

“As for the prospects of settlement in the Donbass, it acquires this character of a frozen conflict. Nobody is interested, including Russia. We wish the situation was solved, to be resolved. But resolved so that did not cause concern for anyone who lives on this territory”, – said Putin.

He noted that the implementation of the Minsk accords would suit Moscow.

“I don’t want to decide anything in advance, I many times talked about this, and I want to repeat once more: Russia would be quite satisfied if it was fully implemented the Minsk agreement. The Minsk agreement in full, not selectively, as someone like that and in full. So that it gave those who live in the Donbass”, – said Putin.

He explained that it is, in particular, and about the law on the special status of Donbass.

We will remind, Putin also suggested that the Ukrainian military to take the ships from the Crimea.