In the Donbas have completed the gas pipeline construction in Avdeevka 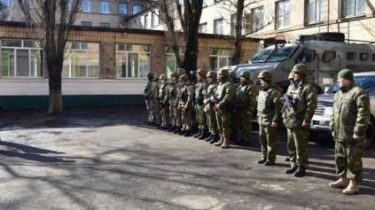 In the Donetsk region completed the construction of a gas pipeline from the village of Ocheretino in Avdeevka, it’s ready for testing.

This was announced on his page in Facebook the head of the Donetsk regional military-civil administration Pavlo zhebrivskyi.

“In the morning visited the construction site of Avdiivka pipeline. Situation following: yesterday I finished the welding of joints and laying of pipes. The gas pipeline is fully ready to begin tests”, – he wrote.

According to him, 10.00 am Saturday, 13 January, the pipeline began to pump a special ingredient to check the quality of welding.

In the morning visited the construction site of Avdiivka pipeline. Situation following: yesterday I finished the welding of joints and laying of pipes….

“Will inflate in stages to 7.5 atmospheres, it needs a day. Then at 7.5 atmospheres pipe will check the specialists of the technical supervision and gastrula three hours, the pipeline needs to hold that pressure, then lower the pressure to 6 atmospheres and again detects, check and seal. After that, it will be completely fill the pipe,” he explained.

After that, the pipeline will pump gas and will start to connect at home. Zhebrivskyi added that he had ordered all the necessary documentation to execute in parallel, so as not to delay the process of connecting homes.

We will remind, earlier the front of the city Avdeevka and Krasnogorovkawho had previously received electricity lines from the occupied territories, perepodklyuchenie.