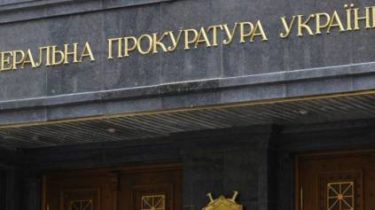 The Kramatorsk court verdict on confiscation of $ 1.5 billion environment deprived the title of President of Ukraine Viktor Yanukovych was classified in the interests of the investigation and stakeholders.

This was stated by the Deputy Prosecutor General Evgeny ENIN, reports “gromadske radio”.

“The fact that a relatively about hundreds of companies that are within our criminal proceedings are ongoing active investigations. Including using the mechanisms of international legal assistance. What is clear is that to do investigation online to tell potential criminals about where we will go next step – is to condemn future success and to bring to naught”, – he stressed.

In particular, ENIN said that while the investigation is still ongoing in relation to the company Investment Capital Ukraine, which was probably connected with the withdrawal.

“A year ago we questioned the head of the company, we questioned the documents that confirm the legality of funds and financial transactions. Therefore, we are more than two months ago sent a request for conducting an economic expert examination in one judicial expert institutions of Ukraine. Now the examination is ongoing,” added the Deputy Prosecutor General, adding that the activities of the officials of both the company and the state banks and the national Bank of Ukraine is the subject of a number of other criminal cases, investigating the GPU and NABOO.

At the same time, he noted that the confiscated funds for eight months in the state Treasury and can be spent on the needs of the country.

“In July last year, Ukraine’s Parliament unanimously voted on the targeted use of these funds for social projects, such as road construction, medicine, education and national defense,” said ENIN.

The Deputy said that another motive of the classifying court decisions ensuring the safety of participants in criminal process.