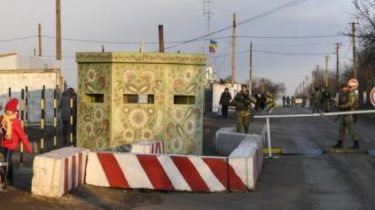 Yesterday, January 13, about 19 hours , the militants opened fire from the settlement of the Oct.

This reports the press center of the state border service.

Militants blow up their victims for profit – intelligence

“The insurgents fired from ZU-23 and the AGS-17 in the direction of the reference point that before PPC “Gnutova”, where serving soldiers of the state border service. Grenades exploded in the 20-50 m from reference point”, – stated in the message.

It is noted that there were no injuries, the infrastructure is not damaged. The guards in response did not open fire.

Earlier it was reported that on January 13 this year, for the first time during the Christmas parameria the terrorists in the area ATO has used artillery systems.