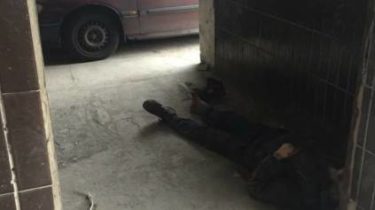 Kyiv city clinical hospital of emergency medical care assures that died under the walls of the institution the homeless man did not seek medical help.

The on-call doctor Peter Kwasnicki told the Public that according to his colleagues, who on January 13 was on duty, the man behind the help of physicians was not addressed. And if asked – would have helped.

“What we write about in this case is a fiction. We provide a service called “self-reversal” when a person refers not to an ambulance, and personally, especially if it’s an emergency, we will provide this assistance,” said Kwasneski.

The physician added that the hospital and next to her is constantly a lot of homeless people. Because of this, doctors are even afraid sometimes to go down to the first floor.

“Due to the fact that here we have no protection, we have a thoroughfare, people here go all the homeless very much. They come to the hospital, collect the money and the room, sometimes, drinking alcohol and sometimes behave aggressively. Sometimes doctors are afraid to go down to the first floor. My colleague was told that for this night was 18 and homeless, and sometimes more,” said Kwasneski.

Deputy head of the Desnyanskiy police Department Roman Tremsin, in turn, said that the information that the deceased did not receive medical assistance until confirmed. According to the police, to law enforcement agencies about the discovered body of a homeless reported it the hospital staff.

“The information that the necessary medical aid was rendered to him, at present not confirmed. Before the autopsy, the investigation considers that the cause of death or hypothermia or chronic illness, or a consequence of the systematic use of alcohol, but the cause of death is of a criminal nature,” said Tremsin.

From what died homeless will be identified by results judicial-medical examination.

New style from TSN: the homeless guy who sued his apartment, turned into a respectable pensioner

We will remind, earlier information about the incident appeared in social networks. According to the eyewitness, the man came to the hospital with injuries from beating, but it allegedly refused to treat, and later was found dead.