In the Zhytomyr region buried mysteriously fallen soldiers of ATO, who allegedly shot himself in the head 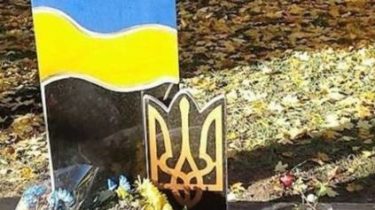 20-year-old soldier of the 30th brigade Andrii Vlasiuk was shot from the machine in the ATO area, according to military officials. However, in this version do not believe relatives of the deceased. They are sure to commit suicide Andrew could not, because he had a lot of plans do not conflict, according to a story TSN.19:30.

Oksana Vlasyuk could not believe that her son is dead. According to her, last time she talked to him after Christmas, January 8, at 13:00. In the evening phoned the commanders and said that Andrew had shot himself. “She called her husband and began to ask him, call today to your son, no matter what if he didn’t complain, he did not have with anybody conflicts? He said no. He was told that he shot himself,” said the woman.

The army Andrii Vlasiuk volunteered to its 20th anniversary. He immediately signed a contract for three years. From March 2017, he served in the 30th brigade gunner. In November in the area of ATO. Relatives did not say, and they were sure the son in the Kherson region.

Relatives believe that Andrew was killed. “Still, he removed the sniper. It in the area of the ATO could not pick up. First, he never served military service a year and a half. Training he passed and it was already sent to the fighting. Remove the responsibility from themselves,” said the relative of the deceased Alexander.

However, according to the military, there are witnesses to the fact that Andrew Vlasyuk killed himself. “According to those present, it came with the outfit, reloaded his gun and took a shot. The man who was in the tent, resting. It was covered with a blanket. The blanket was immediately thrown and saw that he was already lying on his back. The shot was aimed at his head in the face”, – says Sergey Bal, the Deputy military Commissar of Baranivsky district.

The suicide of a teenager in Kiev: the girl’s mother denied the conflict with her daughter using tablet

Whether there were violations of the military commanders must determine the military Prosecutor’s office. Family began its own investigation and sent the body of the soldier for re-examination.

“We don’t believe. His head is curved inwards. It is seen that the bullet flew from behind”, – said the brother of the fighter.

The father of the deceased Nikolai Vlasyuk doesn’t want any money, only justice. In parting with the fighter came hundreds of villagers and people from surrounding villages. Despite the suicide of the deceased read the burial service, the priest. Andrew was buried without military honors in the village cemetery. From the part where the guy served, at parting with him, nobody came.

Recall, January 10, in the Lviv region in the accident killed a soldier, another four are hospitalized with injuries. The accident occurred at 05.30 Kohuty near the village of Yavoriv district. It killed the driver of the car, received injuries of varying severity four passengers of the car at the age of 21-22 years, the residents of Lviv, Rivne, Khmelnytskyi and Vinnytsia regions.