Klitschko told how many underground utilities of Kiev require replacement 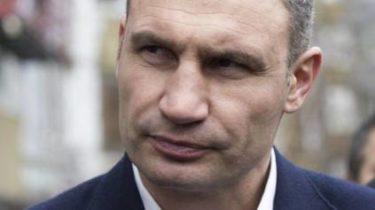 Almost 90% of underground utilities of Kiev are worn and require replacement.

This was stated by the mayor of the city Vitali Klitschko on air of one of Ukrainian TV channels, UKRINFORM writes.

“Replacing pipes, experts say that the huge metal pipe sometimes paper-thin rust and corrosion eats metal, so the frequent gusts that happen in the city, the loss of water and heat. We invest in the replacement of old communications on a modern pipe, which have a long life, ” said Klitschko.

The mayor added that in Kiev about 20 thousand km of pipes.

We will remind that earlier video, which recorded the time of break of a pipe in the Kiev goloseyevsky Avenue, three days has collected more than 2.5 million hits on the TSN page in Facebook.

Unique footage from three surveillance cameras TSN published on may 29, the day of the accident. The largest of the world media used the video of TSN in their submissions, in particular, ABC News, CNN and others.

We will remind, the accident occurred as a result of a breakthrough pipe with a diameter of 80 cm. According to eyewitnesses, the fountain of the water reached the 7th floor, broke Windows of buildings and parked cars. Crater formed is at least 20-30 meters. In “Kyivenergo” promise that the damage to the victims will be compensated in the manner prescribed by law.